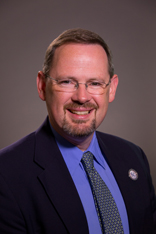 Dr. Phillips previously worked at the University of Iowa Carver College of Medicine, where he was the inaugural Chief of Primary Care Sports Medicine for the University of Iowa Sports Medicine Center.  He also served several leadership roles in the Department of Pediatrics, including Medical Director of Continuity Clinics and Director of Child Advocacy.  Dr. Phillips received his Executive MBA from the University of Iowa Tippie School of Management in 2014, and he joined Children’s Mercy and KU in August 2015.  He is a Past President of the Iowa Chapter of the American Academy of Pediatrics, and currently represents District VI (including Kansas and Missouri) on the AAP Committee on Membership.